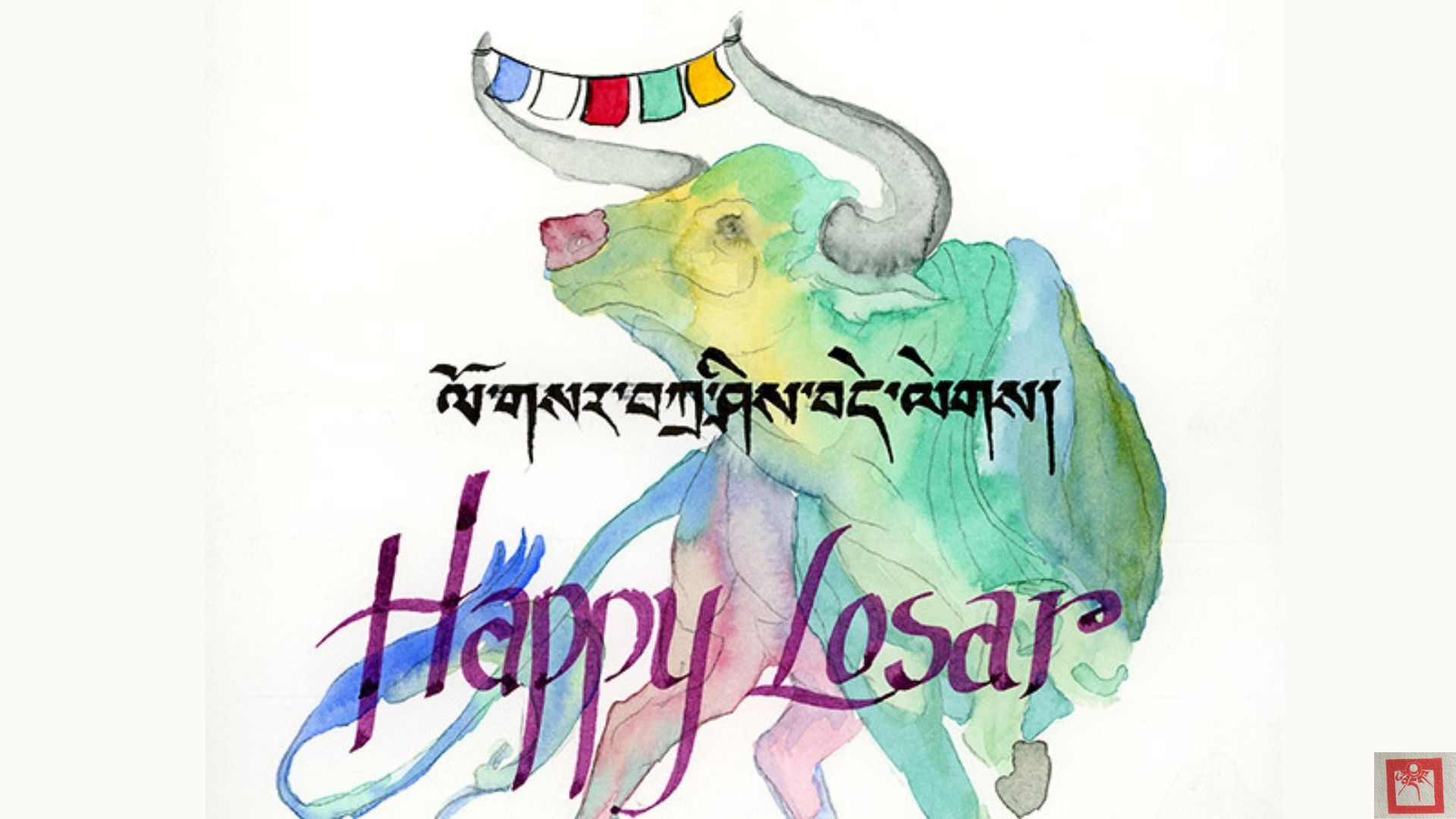 Posted at 12:40h in Uncategorized by wpadmin 0 Comments
0 Likes

According to Tibetan astrology, we are stepping into metal (ལྕགས་ lcags) ox (གླང་ glang) year! What does it mean? Tibetan astrology is based on a wheel of twelve animals, a sort of counterpart of western zodiac. However, western zodiac signs depend on the solar calendar, that is the Sun’s position on the Earth’s elliptical orbit, where it gradually meets the zodiac constellations. Instead in Tibet, where on the contrary the lunar calendar prevails, every hour, day, month and year is symbolically represented by one of the twelve animals (rat, ox, tiger, hare, dragon, snake, horse, goat, monkey, bird, dog, pig) and by one of the five elements (wood, fire, earth, metal, water).
The animals change from year to year, while the elements alternate every two years. This happens the very first day of Losar.

According to an ancient tradition, animals and elements are bound to a specific time, for example to a well-defined part of the day or to seasons and so on, and to a specific space. For what concerns the space, they have correspondances with the microcosm, such as the human body (organs, body parts, activities ecc.) and with the macrocosm, that is the universe and its planetary motions. The macrocosm is shaped like an enormous cosmic turtle, illusory, that sustains the whole world on her belly. Here is a brief description:

Every animal and every element, such as western zodiac signs, has its peculiarities. Now we shall see what metal ox represents!

The ox (གླང་ glang) suggests stability, solidity, perseverance. He is independent and discreet, never frivolous. He expresses himself only on the basis of a solid knowledge. He is strong and calm, clever, responsible.

The metal (ལྕགས་ lcags) is associated with the evening, the West direction, the fall season. It resembles a knife, because of its coldness, brightness, lucidity, firmness and sharpness. It symbolizes integrity and justice, thanks to which people can understand and act with resolution. It has a double nature: even if it’s stiff and sharp, it is also a joyful and magnetic element, attracted to worldly pleasures.

We hope that this Losar may mark the beginning of a new year in the spirit of strength, not a stiff one, but a strength rooted in a natural calmness, that infuses brightness, lucidity, stability and gives space for wellness and pleasure.

Losar in Mongolia and Nepal>>