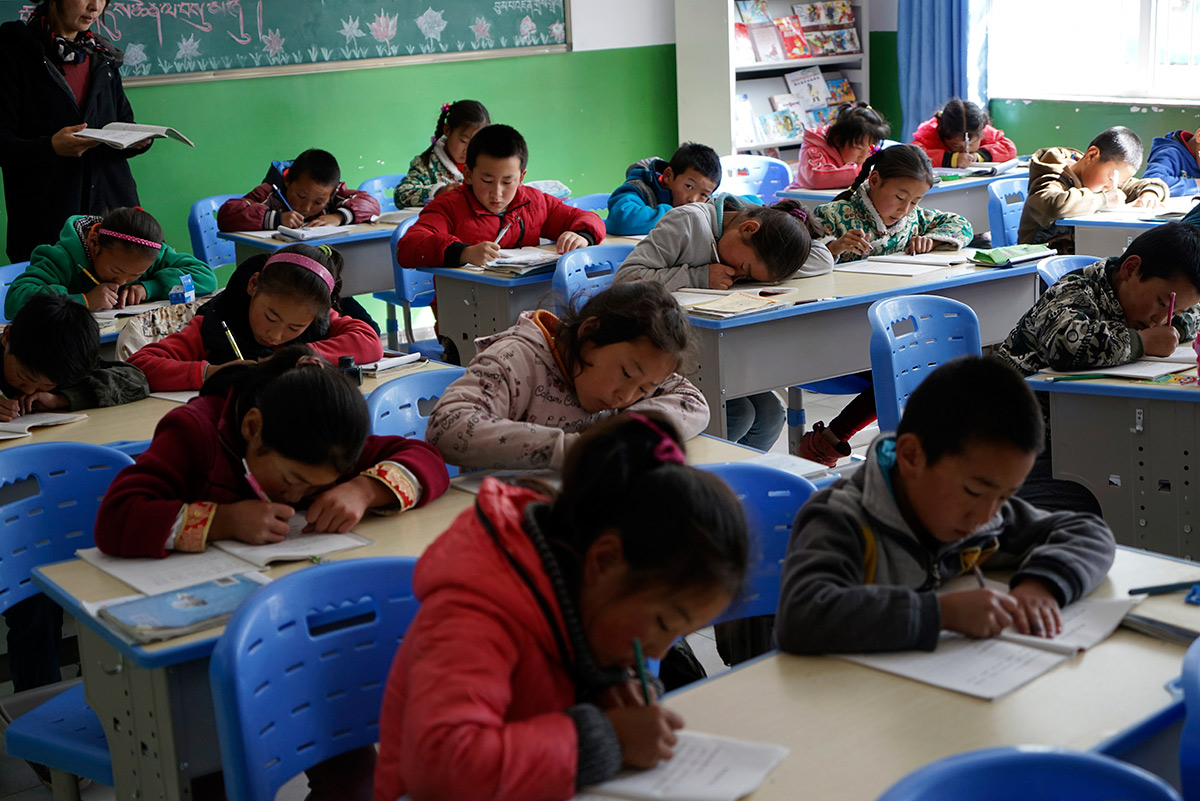 In 1993 ASIA reaches Dongche, a poor farming village settled at 3000 meters above the sea level in a lunar landscape surrounded by mountains and characterized by and arid climate. We built the school in 1997 and today it is home of about 262 children.

The facilities consist of 12 classes (from kindergarten to sixth grade), housing, kitchen, dining hall, bathrooms and warehouse. The complex also includes a cultural centre and a library with over 4000 volumes in Tibetan, Chinese and English. The school has become a real model for the entire prefecture over the years. Most students stay in the school because of the large distances from home, which makes it impossible to commute to school every day.

Since 2002, the long distance sponsorship project has enabled children from very poor families to have access to the same educational opportunities than other children. We currently support 117 students, which now have the opportunity to acquire the necessary tools to become part of a modern society while strengthening their cultural identity. As stated by the school principal, “If the Dongche School had not been built, these children would have forgotten their language”. Join the project.