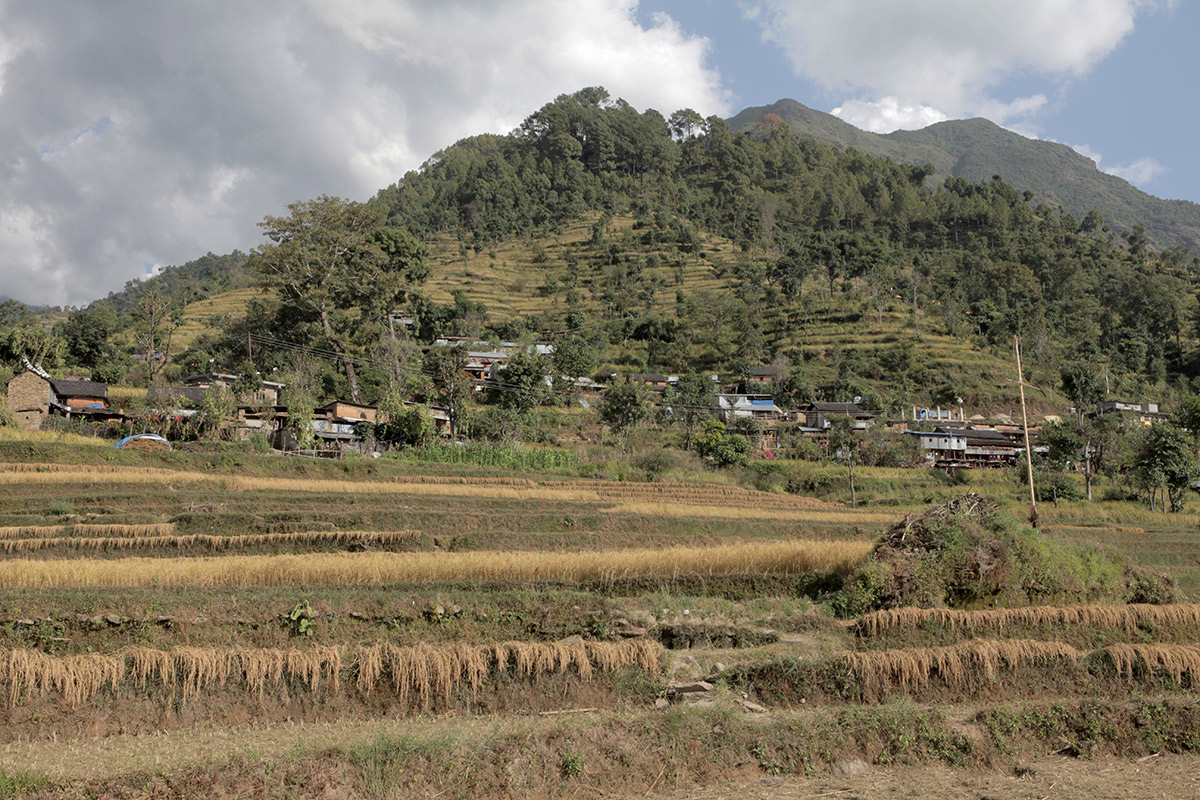 The project faces the problem of lands inaccessibility and the lack of models for the use of natural sustainable resources, which guarantee a dignified lifestyle to the communities living in the buffer zones of Langtang National Park.

Local communities rely mainly on agriculture and trading, and on limited livestock activities that provide the money to buy goods and access basic services such as healthcare and education.
In buffer zones the marginal lands are vast, as they were intensely used in the last decades and are now infertile and at high risk of desertification.

Not only did the increase of marginal lands cause a drop in productive activities and salaries, but it threatens the ecosystems that mountain basins usually create, preserving adequate water and rainwater levels and their biodiversity, and reducing the risk of floods or landslides in the highly-populated valley floors.

In the last years, economic migrations from rural lands to countries in the Persian Gulf have highly increased. For over 10 years, and particularly after the 2015 earthquake, around 35% of local men have left rural areas and moved abroad. Women usually remain in Nepal to raise their children, farm the lands and the cattle, as well as to pay the debts that their family have fallen into to afford their husbands’ journey.

In Nepal women are seen as a minority and are subordinate to men both socially and economically. In rural areas their role has never evolved, and they live in patriarchal families where they are subordinate to men and have no right to own lands, or have access to healthcare and education.
That’s the reason why ASIA has developed a project that aims at increasing income opportunities for farmers and promote reforestation of marginal lands.

11 rainwater harvesting system (soil cement tank) will be created.  11 irrigation systems will be linked to them, irrigating 6 plant nurseries that are going to be started and managed by these 30 women.

150 families of farmers are going to be part of 3 Forest Users Groups and help the authority of Langtang National Park in their reforestation project buffer zones of the park. Specific training on the use of GIS will be organized for the Park authorities.

60 farmers will attend a course on apiculture, receive 2 beehives per family and 60 kits for starting honey production.

12 families of farmers will attend courses on how to grow mushrooms and will then build their shed.

60 families of breeders will receive 15,000 plants in total for reforestation and cattle feeding. They will also attend a course on planting techniques and trees pruning for cattle feeding, as well as on the correct cattle diet.

The direct beneficiaries of the project are 1740 male and female farmers of the buffer zones in Langtang Park. However, all the inhabitants of Rasuwa District (around 44.000 people) will also indirectly benefit from environmental preservation activities and local products.

In Italy workshops and seminars will be organised. Video documentaries and photo exhibitions will also show the results of the project and increase awareness on environmental issues, female conditions in Nepal and fight against poverty in Nepalese rural areas.