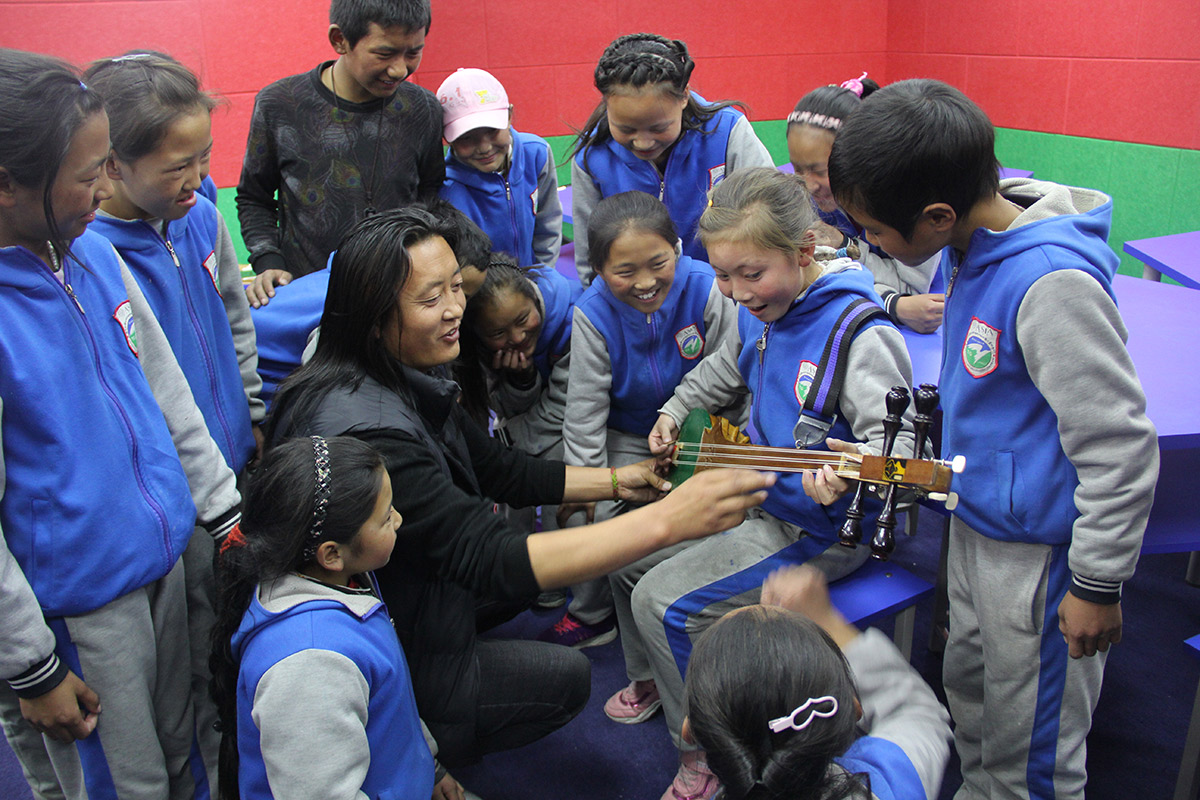 Tanggan School was built in 1963 and was the full-time school of the whole community.

Since 2001 ASIA has developed many projects, such as building classrooms, dorms and a kitchen, and training teachers. In 2003 ASIA also started the long-distance sponsorship program to support the poorest students and their families.

Due to harsh weather, staff reduction and some governmental actions, several buildings were damaged – particularly their roofs, waterproof covers, doors and windows.

Thanks to the funds made available by the Autonomous Province of Bolzano and by ASIA, the kitchen, two buildings with classrooms and the dormitory were all renovated. The latter was also completely furnished.

ASIA has also purchased raw materials – goat leather, wood and ropes – to build 98 mandolins (Dranyen). This will help both Ngari traditional music and the craft of making Tibetan instruments in Tongde County.

ASIA has then involved a group of Tibetan young artisans and musicians, who developed some project in schools by teaching music and showing how to make traditional Tibetan instruments. They therefore offered to new generations the opportunity to learn an ancient craft and spread it.