Home > Who we are > Staff
HEADQUARTER 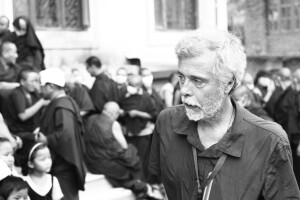 Andrea Dell’Angelo Director Agraonomist, specializing in agrometeorology and cooperation with developing countries. In 1976, while still a student, he met Prof. Namkhai Norbu, meeting, which will mark him deeply. In 1978 he went to India with Namkhai Norbu to shoot two documentaries on Tibetan medicine and sacred dances, which were later purchased by RAI (the Italian national television). During this trip he has the opportunity to visit the main refugee camps in India and Nepal and to get in touch with the Tibetan culture. In 1986, Namkhai Norbu entrusted him with the construction of a village in India for Tibetan refugees. In 1988, together with Namkhai Norbu and 9 people he founded ASIA. He worked from 1983 to 1998 as a consultant with Italian and Israeli companies to increase rainfall in southern Italy and participated in the negotiations for the drafting of the world convention on desertification. Later he worked as a consultant for IFAD in Indonesia and for the overseas Agronomic Institute in Palestine. For 32 years he was secretary general of ASIA, carrying out more than 50 missions in Tibet, Nepal, India, SriLanka, Myanmar and Bhutan. “I strongly believe in the mission of ASIA and in the values contained in Tibetan spirituality to create a better, sustainable world, respectful of diversity and the environment”. 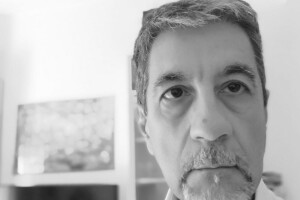 Roberto Brega Administration Manager
I’m Roberto Brega, manager of the ASIA administrative office with which I have been working since 2004 and I have experience as an accountant dating back to 1984. In 1999 I thought that my work could be useful for much more and I chose the world of cooperation. Never choice was more appropriate. Certainly my sector is not the most exciting but I consider it a component of a beautiful mechanism that allows the world to be a little fairer more and more every day. To achieve this everyone needs to help by bringing in their own experience, because “We are saved and we move forward if we act together and not alone”. 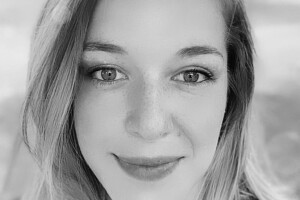 Alessia Caliendo Head of Accounts
My name is Alessia Caliendo and for ASIA I take care of the administrative and accounting management of the projects of the local offices and of the headquarters, of the financial statement to donors, of budget planning and control, of the financial report, collaborating with all the other sectors for administrative and financial matters. …. For me everything must “balance out”! I have been working for ASIA for almost 8 years and here I have had the opportunity to reconcile my interests and passions with the work aspect, bringing home great satisfaction in all these years; in fact, I have a degree in Economic and Social Sciences for Cooperation and Development and my goal has always been to work in the non-profit sector and in the world of international cooperation, contributing in my small way to actions that make a difference for others. 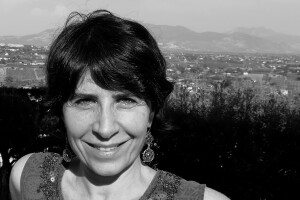 Linda Fidanzia Fundraising Manager
I graduated in Political Science and after a few years of working in for- profit companies I started my collaboration with ASIA in 2003. In the first years I dealt with the long distance sponsorship and I had the opportunity to go on the field and “meet” Tibet, its people, its culture and its boundless spaces. Since 2009 I have been involved in fundraising, carrying out campaigns and initiatives to support ASIA’s institutional projects and activities. My motivation? To ensure that populations that are fragile from a socio-economic point of view but rich in culture and spirituality can live with dignity and contribute to the evolution of our humanity.

Maura Valerio Communication Manager
I’m Maura Valerio, the communication manager of ASIA. I have been working in the association for 6 years and I take care of the site, social networks, press office, coordinating the production of videos and managing events … In short, I try to communicate what ASIA has been doing for over 30 years: safeguarding values and applying them concretely through cooperation projects. I have a degree in Communication Sciences and for many years I have worked in the field of projects related to the environment. I chose to work in the non-profit sphere because I believe that a better world is possible, but above all that it is possible to build it together thanks to the “action” of each person. 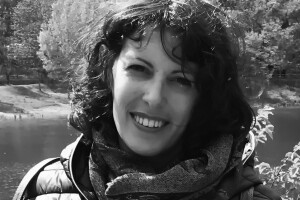 Roberta Marranca Long Distance Sponsorship Manager
I am Roberta Marranca, Sicilian and, since June 2014, I have been involved in ASIA’s Long Distance Sponsorship project. It is a project that immediately entered my heart because it gives enormous support to many boys and girls, elderly people, monks, nuns and university students to be able to study and live more peacefully and strengthen their cultural roots. I have a degree in Languages (English, Chinese and Spanish) and in Political Science (Asian Studies) and my greatest passion is traveling, knowing and contemplating the beauty of different cultures (with a small preference for the Himalayan ones, I admit! ). That in ASIA is my second experience in the world of NGOs and I am grateful every day to have chosen this sector because, in addition to different cultures, I also love to appreciate the beauty and goodness of people and learn from them … and in this sector I have a wide possibility to explore this! 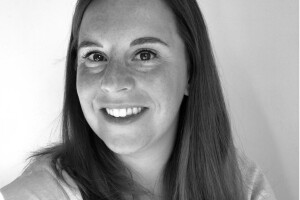 Francesca Addari Long Distance Sponsorship Officer
I am Francesca Addari, Officer of the Long Distance Sponsorship (LDS) project, I have a degree in Psychology with Sociology and I have a Masters in Childhood Studies. I have been working for ASIA for 3 years and I am in charge, together with Roberta, of the management and monitoring of LDS projects and of communication between beneficiaries and supporters. I followed an academic path with the intention of working in the non-profit sector because I realized that through my work I wanted to bring a little good to the world, I am proud and happy to have the opportunity to give my small contribution every day. 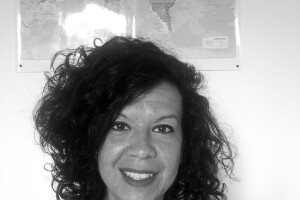 Marilena Albanese  Project Manager Nepal
I am Marilena Albanese, the person in charge of cooperation and development projects in Nepal. I have been working for ASIA for about 3 years and I am in charge of coordinating and monitoring projects carried out in Nepal through our local staff. I support the staff of ASIA in Nepal in planning activities, drafting reports and writing projects in various fields (agriculture, livestock, environment, water, health, education), with a particular eye towards ethnic minorities, women and Young people. I have a degree in literature and a Master’s in Water Management in International Cooperation. I have been involved in cooperation for over 20 years … for me it is a satisfying and arduous daily challenge but I have always moved forward with the belief that “drop by drop we can make a sea”! 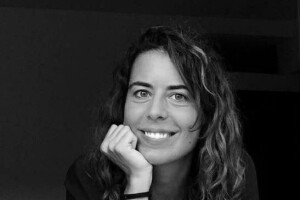 Alessandra Nardi  Project Manager Myanmar and Mongolia
I’m Alessandra Nardi, responsible for cooperation and development projects in Myanmar and Mongolia. I have been working in ASIA for 3 years and I take care of writing projects, of relations with donors on approved initiatives, of coordinating activities, of local and international staff and I carry out monitoring missions in the countries where the projects are carried out. I have a degree in International Relations and I have a Master’s in Water Management in Developing Countries which allowed me, before joining ASIA, to work abroad in emergency projects, in the field of water supply and management. I have always considered it a privilege to be able to work in the field of development cooperation, especially in the challenges of today’s world, and I find it a continuous professional and personal stimulus. 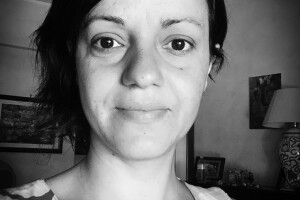 Lorenza Sebastiani Global Citizenship Education
My name is Lorenza Sebastiani and I have been working with ASIA since May 2019. I am the coordinator of the project “Diverse but not Distant: The principles preserved by Buddhist culture as a means to break down internal boundaries and make diversity a great wealth”, a project funded by the Agency Italian for Development Cooperation. In the past years, before working for ASIA, I have worked mainly in Palestine where I have dealt with education and inclusion. International cooperation has given me the opportunity to combine the commitment to the defense of human rights and social justice with a passion for educational issues. 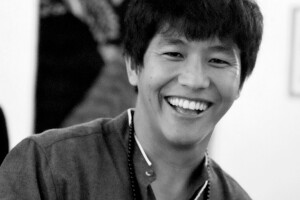 Sonam Tsering (Kunga) Photographic Archive Manager and Secretary
I am Kunga, an artist and specialist in Tibetan culture. I have been working with ASIA for five years and I deal with the promotion of Tibetan culture by contributing to the organization of events (exhibitions, conferences, show cooking), and to the production of videos. I am also Head of the Association’s photographic archive. For me it is a blessing to work with ASIA and for the vision of its founder Chögyal Namkhai Norbu Rinpoche, because I can contribute to preserve my culture and that of my ancestors… A very important gesture in this historical moment.