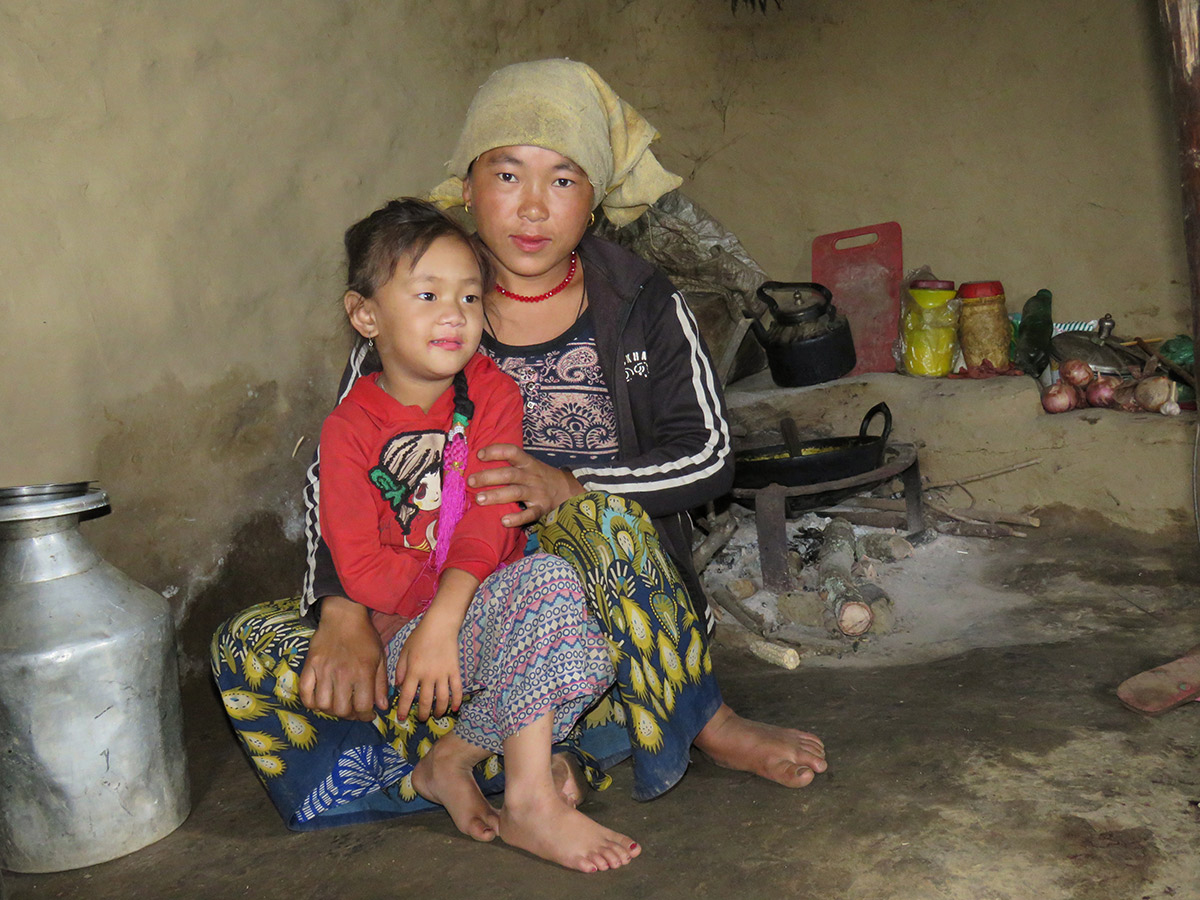 For children and families in the vast mountain areas surrounding the capital of Kathmandu, such as those in the Rasuwa district classified by the government as “severely affected” by the earthquake, the social, economic and emotional distress is still profound given the total destruction that surrounds them. ASIA intervened immediately after the earthquake to bring relief to the population and remained with a project to rebuild schools and develop agriculture.

Now, once the primary need for school infrastructure has been met, another important need has emerged: taking care of the condition of child nutrition, both to improve the health of children and increase the schooling rate, and to encourage the socio-economic development in these extremely poor areas.

In fact, in Rasuwa the literacy rate is 54% and is much lower than the national average of Nepal which is 81%. Sending children to school here involves a number of concerns for parents: the long stretch of road, even more than an hour’s walk from the most distant villages, crossing rivers and roads often collapsed due to heavy rains, and the impossibility to have lunch in the school, discourage school attendance.

After meeting the parents and the teachers of the schools, ASIA decided to accept their requests and to equip the three schools of Dupcheshwori, Aarukharka and Thangdor – rebuilt after the earthquake – of a canteen, a kitchen, all the necessary furnishings and equipment. In order to guarantee its sustainability and help the local community to start this new activity, the project foresee also a supply of food for the first six months.

The request of the Rasuwa community is supported by alarming data on the condition of infant nutrition in Nepal: 36% of children suffer from growth arrest and 53% of anemia, while 50% do not consume the largest sources of protein. More generally, 41% of Nepalese childhood suffers from chronic malnutrition, with the serious consequences of increasing the risk of infant mortality and compromising their cognitive functions.

For this reason, the project will focus also on the quality of food, including an expert nutritionist to set up the preparation of balanced meals with a healthy supply of energy and to train school staff and mothers of students on the basic rules of healthy nutrition and health and hygiene education.

Make a gesture of generosity, give a healthy meal a day to the children of Rasuwa, DONATE NOW>>