Stories from the field: Laurent 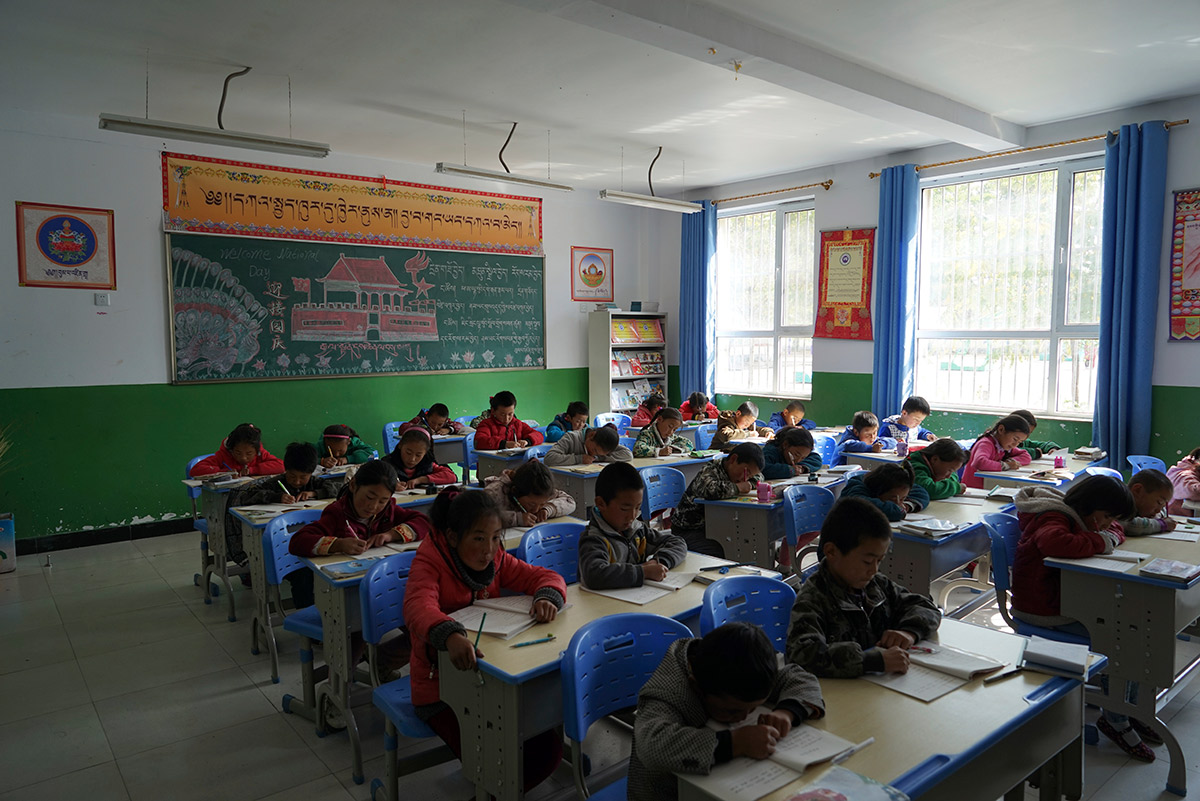 18 Jun Stories from the field: Laurent

Posted at 10:21h in Uncategorized by wpadmin 0 Comments
0 Likes

Dongche School was a just an unrealised dream for us in 1993.
I met Andrea Dell’Angelo at a weekend Yoga course in Rome during July that year and immediately the dream was sketched out, we had no idea how such an undertaking could eventuate.

I knew of Namkhai Norbu the Dzogchen master and I had come to Italy with the hope of finding him in somewhere in Tuscany as informed by some of his Italian students I had met in Sydney in 1988. When Andrea explained the organization and its group of supporters, we embarked on a journey that would become a main activity over the next 5 years.

By July 1994 the school project was planned on paper and we had a budget. We made our first field trip with the funds received from supporters of Namkhai Norbu in our pockets to sign agreements for the construction of a school vastly more ambitious than anything envisaged for a Tibetan village in the region but destined to become a seat for the preservation of Tibetan culture under the vision of ASIA.

What ensued over the next 3 years was a constant effort under the direction of Andrea to find the funds to meet the contract deadlines we had set in motion with no idea how our side of the agreement could possibly be met. It really was the fruit of Namkhai Norbu and those dedicated to his vision that brought the project to completion through their donations and offerings.

During the period of the school’s construction we made many field trips. You would think language was a limitation but with the effort and dedication of so many involved the project seemed to roll out seamlessly. I had many occasions to visit the local Tibetan community and witness the boundless hospitality, always accompanied with steamy mutton soup, blood filled sausage and many rounds of rice wine, laughter and joking. It was really a pleasure to be part of the groundwork of ASIA and experience this character in the local Tibetan community.

The project always had a feeling it was part of something important, a genuine vision to save something precious. When we made our first field trip and had our first meetings with the heads of local government in the regional government offices, 20 or so important local figures sat opposite Andrea, Tsering and myself and we were asked to direct the funds directly to government. We made an alternative offer, to work with the local community and to guarantee the participation of the various local Buddhist and Bon groups in the community and asked that we manage the funds directly and that the project commence with a traditional ground-breaking ceremony with sacred vase and offerings to local guardians. When the day set aside auspiciously came and everyone met that morning, there was an eerie mist and a light rain fell. As it was summer and in the dry period, it all seemed very auspicious and connected with the intent. In fact I never saw rain again in the area and the local community all commented the event as very normal and an obvious external sign of the deeper connections within Tibetan culture.

I want to offer ASIA sincere thanks and gratitude for being part of their development and this 30year milestone.